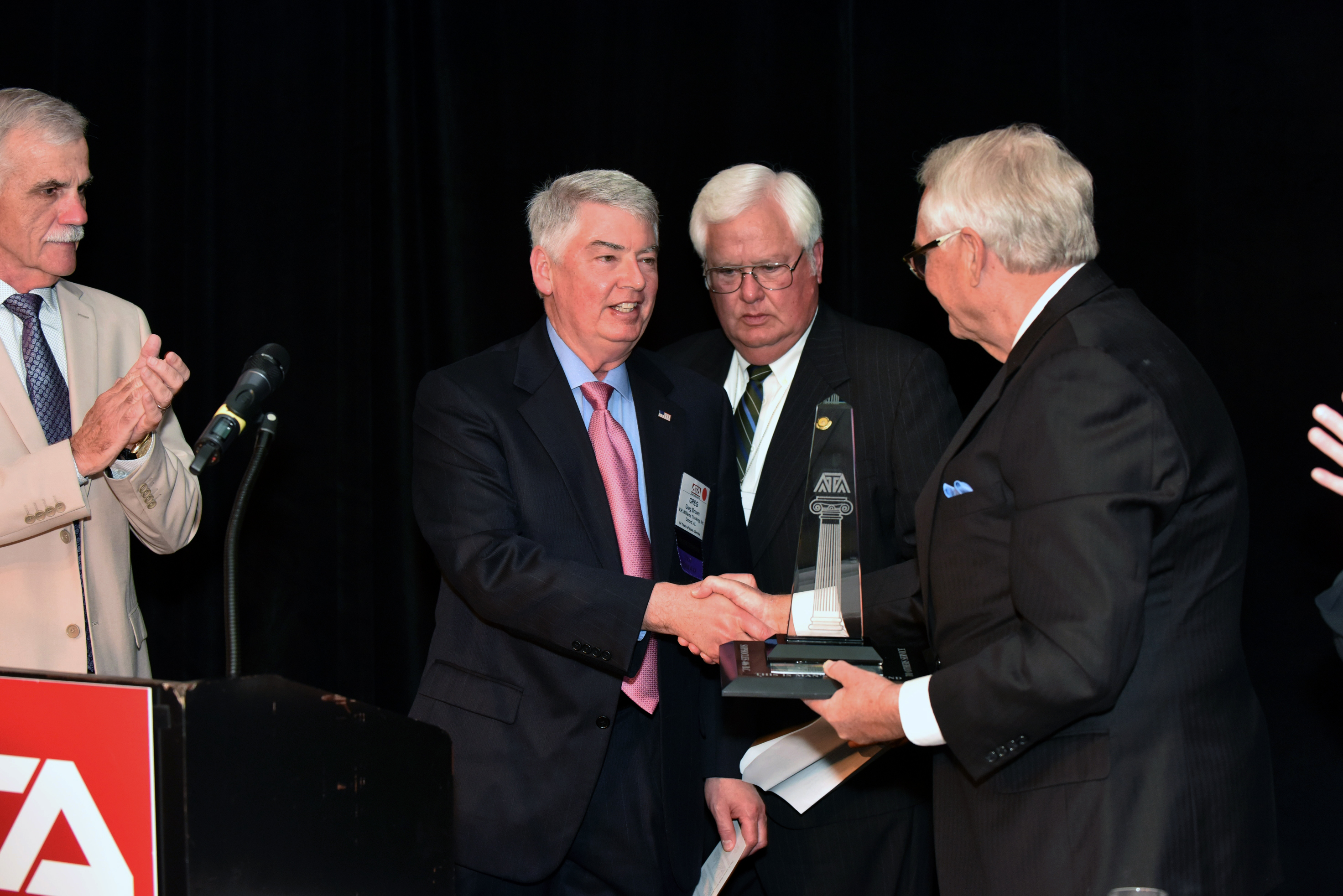 The Alabama Trucking Association has tapped Anniston, Ala. trucking executive Greg Brown of BR Williams Trucking, Inc. for its 2018 H. Chester Webb Award for Distinguished Service, an honor that recognizes state trucking professionals for outstanding service and leadership to their communities and the industry as a whole. ATA officials gave Mr. Brown the award at its 80th Annual Convention and Meeting held this past weekend at the Hilton Sandestin Beach Golf Resort & Spa.

According to ATA President and CEO Frank Filgo, the Association has had its share of great leaders, but few personify the ideals and characteristics of this award more closely than Mr. Brown. “He is the perfect ATA member,” said Filgo. “He consistently gives of himself and his resources for the betterment of our organization. I can honestly think of no one more deserving than Greg. Without leaders like him, we would be unable to do the important work our members expect of us. This Association is forever grateful for his service and sacrifice for the advancement and improvement of Alabama’s vast trucking industry.”

B.R. Williams is a legacy ATA member with more than 54 years of close affiliation to the Association. In fact, three B.R. Williams executives have served as ATA Chairman, and the company’s support of the Association is among the strongest there is. Mr. Brown joined its executive board in 2010 and immediately volunteered to represent ATA as its State Vice President to the American Trucking Associations in Washington D.C., a position he still maintains. In 2016, National ATA honored Greg with the Rocque Dameo Award for his longtime leadership and service to that organization.

Likewise, he’s a relentless and engaged community advocate, supporting several area charitable groups in his home town of Anniston, including serving as a trustee for his alma mater, Jacksonville State University.

The H. Chester Webb Award was in established 1958 to recognize individuals in the state’s trucking industry for service and contributions to the industry and encourage public service by all members of the highway transportation industry. Winners of the Webb Award are those who have given their talents, leadership and dedication to the Alabama trucking industry, the state trucking association, and the communities where they reside.