Alabama increases fuel tax for the first time in 27 years

Alabama increases fuel tax for the first time in 27 years 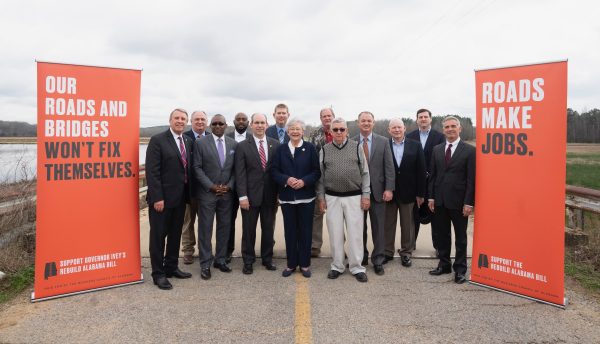 Gov. Kay Ivey has her fuel tax, and Alabama’s roads and bridges are better for it.

Earlier today, following the Alabama Senate’s 28-6 approval vote, Gov. Ivey signed a measure into law that allows for a 10-cent fuel tax increase on both gasoline and diesel to raise additional funding for state road and bridge maintenance and future construction.

The new tax will generate an estimated $320 million a year earmarked solely for road construction and maintenance, with about $12 million a year going to improve the shipping channel at the Port of Mobile.

It is Alabama’s first fuel tax increase in 27 years.

On March 6, the day after delivering her State of the State Address, Ivey called a special session to kick the plan into high gear, and her Rebuilding Alabama Infrastructure Plan was fast tracked by State Legislators, sailing through a transportation committee and then quickly passing the House by an 84-20 vote.

According to Al.com reporter Mike Cason, the plan received bipartisan support in the 105-member House, with only two of the 28 Democrats voting against it. In the Senate, 22 of the 28 Republicans voted for the plan and six of the eight Democrats voted for it.

“We are in a position because of being a very efficient government, doing things the right way, to pass a piece of legislation that in my opinion is going to allow an opportunity for our children and grandchildren to stay in Alabama, find good jobs here, earn a good living,” Marsh told Al.com. “So, this is about the future of Alabama. We’re all participating in this. But it’s a great day for Alabama.”

The Alabama Trucking Association and other business groups have long fought to raise Alabama’s fuel tax, which hadn’t increased since 1992.

“Alabama ranks dead last in its support of infrastructure funding compared to other Southeastern states,” said ATA Chairman of the Board Fenn Church. “The last time we adjusted the state’s fuel tax was in 1992, and based on inflation alone, it would take an additional 14 cents to have the same purchasing power as in 1992. When you add fuel economy to the equation, it would require an increase of 22 cents. We applaud Gov. Ivey for having the courage and vision to introduce this important infrastructure funding plan.”