Twice as nice for Nuckolls at Alabama TDC

Twice as nice for Nuckolls at Alabama TDC 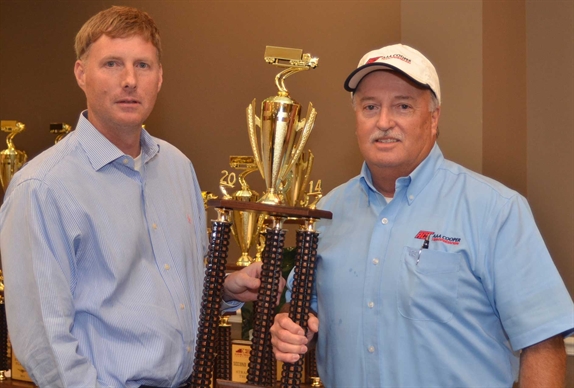 A former Alabama Truck Driver of the Year (2004) and a class winner at numerous Alabama TDCs, Nuckolls this year won the 4-Axle Van class by 73 points, edging his closest class winner by 33 points. He even improved his overall high score from the previous year by more than 30 points.

“He has been one of the more consistently dominant TDC competitors of the last decade or so,” said ATA Director of Safety Tim Frazier, who oversees the tournament. “He wins or places in the top three nearly every year. We even have requests from other competitors asking which class he is going to be in so they can move to another one.”

He and the rest of the class winners will represent the state at the American Trucking Associations’ National Truck Driving Championships set for August 12-16 in Pittsburgh, Pa.

Alabama TDC contestants are chosen by their individual employers for their safety and driving record and must remain accident-free (regardless of fault) for one year to be eligible to compete. Most of them win company contests to qualify for the state competition.

Other honors were given to Rookie of the Year Straight Class contestant James Sharpe of Buddy Moore Transportation who scored a combined 227 point; Patrick Bright of Wal-Mart Transportation who posted the highest score (40 out of 50) on the pre-trip inspection portion of the competition; and Ladies SUV Champ Cindy Cosper.

“Once again, the support from our member firms, either through the donation of funds or equipment and even just sending drivers to compete is crucial to the success of this event,” said TDC Chairman Johnathan Marshall of P&S Transportation.

Frazier added that “this year we didn’t quite have the number of contestants we usually have due to the freight being so strong and some of our smaller carriers simply couldn’t spare their drivers, but we are extremely grateful for those who could support our event.”