For Rebecca Brewster, President and Chief Operating Officer for the American Transportation Research Institute, the answers to the trucking industry’s most pressing issues are always in the data. For whatever problems she and the organization she leads are trying to solve their motto is to never look further than what the data tells you. More often than not, that’s your best start to finding a solution.

This year, the American Transportation Research Institute (ATRI) marks its twentieth year providing research and data analysis that seeks to improve the industry’s safety and productivity, wheth­er it is identifying driver behaviors that lead to future crashes, or how changes to hours-of-service rules impact driver safety and productivity, or a better understanding of how impactful congestion on our nation’s highways is to the country’s economic well-being.

ATRI is a 501(c)(3) not-for-profit research organization headquartered in Arlington, Va., with offices in Atlanta, Minneapolis, Sacramento and New York. Its mission is to conduct transportation research with an emphasis on the trucking industry’s essential role as a key part of a safe, efficient and viable transportation system. Focus areas include congestion and mobility; economic analysis; safety and security; technology and operations; environment; (transportation) infrastructure; and more recently, tort reform. 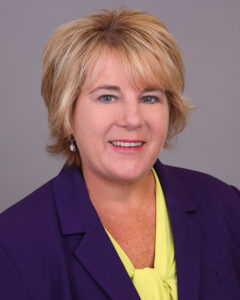 For its efforts, ATRI has received top research awards from ITS America, the Trucking Industry Defense Association, the University of Minnesota, and the Institute of Transportation Engineers.

For the trucking industry, however, ATRI serves as a powerful ally for shaping and improving the lives of the millions of Americans who earn a living in transportation and logistics.

In 1954, the American Trucking Associations Foundation was founded with support from trucking industry suppliers seeking sustainable industry promotional image campaigns. Over time, as the Foundation engaged in research to provide the data and statistics to populate the industry’s message of essentiality, its focus shifted more to research and analysis thereafter. The group quickly created a vast portfolio of government contract research on a variety of trucking industry topics available to all industry stakeholders.

The Foundation grew and eventually created a network of regional offices staffed to provide research support to the state trucking associations (STAs), which used its assets and campaigns to lobby local and state agencies and policymakers.

In the late 1990s, following the appointment of former Roadway Corp. CEO Mike Wickham as Chairman of the Foundation, a group of industry shareholders and thought leaders convened to crystallize the Foundation’s mission. That focus group posed the question, “If there was no ATA Foundation, and we were tasked with creating one, what would it look like?” Group members met regularly for nearly two years to plot a new path, and the result was a reorganization of the ATA Foundation into ATRI in 2001 — this time as a 501(c)(3) charitable organization (before that, the Foundation had been a 501(c)(6).

According to Brewster, the distinction better reflected the group’s mission of education and research rather than lobbying and industry promotion. She explains that the change also created distance and independence from the American Trucking Associations, which she believes adds more credibility to ATRI’s research.

Shortly after the reorganization in 2001, Brewster was tapped to lead the group after more than a decade of rising through the ranks successfully managing key projects and initiatives.

Today, ATRI is a standalone organization with bylaws and a Board of Directors comprised of industry CEOs and other stakeholders. The research it undertakes on behalf of the trucking industry is identified as a priority by the Research Advisory Committee (RAC), which is composed of representatives from motor carriers, industry suppliers, driver groups, law enforcement, government and academia who value the importance of sound science to bring forth positive and substantive change and growth to a complex industry. The RAC is charged with annually developing the trucking industry’s top research priorities.

Due to its leadership structure, ATRI is blessed with a variety of opinions and perspectives coming from all facets of the industry — and even a few from regulatory agencies and government officials.

“When we have a RAC meeting, it’s fascinating to hear the differing opinions and feedback of all the various (committee) members,” Brewster says. “If the goal of the RAC is to figure out what the industry’s most pressing research needs are, having differing backgrounds and feedback are what make our process so credible.”

According to Shawn Brown, Vice President of Safety for Cargo Transporters, Inc., a truckload and dry van carrier based in Claremont, NC, and the current RAC Chairman, the RAC is where the rubber meets the road for developing transportation policy specific to trucking. “We’re the group that evaluates all the suggested research topics and narrows them down to five or six ideas that the ATRI staff will set forth a full research report. I have been involved with the Institute for several years and am continually impressed by the diversity represented in our meetings and the subsequent outcomes.”

As Chairman, Brown works closely with ATRI staff to give input on meeting logistics, serve as the facilitator of the RAC, and present research recommendations to the board of directors for final approval. “But make no mistake, the duties that I have (as Chairman) in no way compare to those of Rebecca and her talented staff,” he says. “They do the lion’s share of the work to plan, organize and see forth a successful meeting. More importantly, they carry out all the actual research.”

One of the more recent research studies that Brewster is most proud of is the analysis of the impact of nuclear verdicts on the trucking industry. “In recent years, we learned from the industry that these verdicts have harmed so many organizations, but no one had done a deep dive into the issue to determine what were the causes and what sort of factors led to these jury decisions,” she says.

Large legal verdicts have been a part of the legal landscape of the trucking industry for years, but the costs associated with them have increased dramatically over the last decade. Oftentimes, single verdicts can rise to more than $10 million for serious crashes involving injury and death.

This led the RAC to rank the “Impact of Large Verdicts on the Trucking Industry” among its top research priorities, citing statistics that showed that several motor carriers had been forced to close due to rising insurance premiums — a result of nuclear verdicts.

The RAC then prioritized research with several main objectives, including 1) Determine how large verdicts impact the industry; 2) analyze crash factors on the size of respective verdicts; 3) survey industry stakeholders and subject matter experts on relevant courtroom tactics; and 4) identify strategies utilized in other industries to protect firms against inordinately large verdicts to apply them to trucking operations.

As a representative from a larger carrier, Brown believes ATRI’s best attributes are its ability to remain neutral and present only the facts of a given study. It’s then up to policymakers and stakeholders to put ATRI’s findings to work.

“There is no bias for or against any one stakeholder,” he says. “Fleet owners and manager can use the data presented and formulate business strategies; whether it be using bottleneck data and changing the day and time a truck goes through a certain area for efficiency, or develop plans in risk management to protect company assets, etc.”

“For me, the most interesting ATRI research is the “Annual Top Industry Issues” report,” he adds. “As a fleet professional, I see these issues firsthand in my company to some extent, and I am fascinated to see how these same issues affect other carriers regardless of size.

“Occasionally, there will be an issue that gets ranked higher or lower than I ranked it, and that is intriguing to me. We don’t always have to fall in line and agree with the results of the survey as it affects our companies, but it is a great gauge of the national pulse.”

“No matter how large or small your company is I am confident there is no one on your staff who is doing the detailed analyses that ATRI provides,” Brown says. “This type of research is such a specialized and detailed project a single company can’t do something like it. That is why we in the transportation industry benefit so much from giving input on surveys, participating in research projects, and donating financially to ATRI as well.”

Brown says that even if you don’t contribute funds, you can still support ATRI by participating in its data collection activities. “More is always better when it comes to research information,” he says. “I encourage everyone in the industry to join a growing number of motor carriers, professional drivers and industry suppliers who regularly take part in ATRI’s studies.”

ATRI makes all of its research available free of charge. For more information, please visit TruckingResearch.org.

How You Can Support ATRI

Want to get more involved with ATRI? There are many ways you can be part of this vital industry organization: