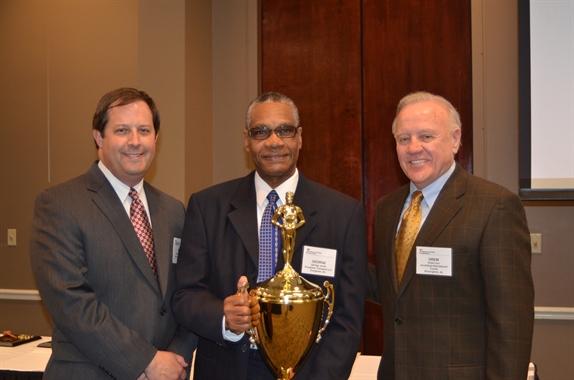 Longtime Evergreen Transport, Inc. employee George Jones has earned the Alabama Trucking Association’s Driver of the Year honor for his commitment to industry safety and professionalism in a career that has spanned five decades.

Jones, along with several other individuals and trucking fleets, was presented his award at ATA’s Safety & Maintenance Management Council Fleet Safety Awards held March 24 near Birmingham, Ala.

Despite sharing the name of the late country music star whose reputation for occasionally missing a day’s work was legendary, Jones has an exemplary work ethic and a passion for his profession that is nothing short of inspiring. In a nominating letter to awards committee, Evergreen Safety Director Randy Watson called Jones, “a man of great faith and character, blessed with leadership abilities evident from the moment you meet him.”

Watson stated that Jones leads by example, and his commitment to excellence in all areas of his life is shown in the way he carries himself; by the way he speaks to others; and especially, how he treats his co-workers and customers. “He is an example for us all,” Watson wrote.

In 42 years, Jones has logged more than 4 Million miles in his career with only one minor accident. Even more impressive is the fact that he has been with his current employer his entire 40-plus years behind the wheel of a commercial truck. He has worked for Evergreen founder Walter Poole, since he started his career as a young man in the early 1970s.

Since then has been an active driver safety trainer for his company and was instrumental in helping develop the fleet’s current training program. He is also an active participant in the state’s Department of Public Safety’s Targeting Aggressive Cars and Trucks (TACT) program.