ATA honors Bill Ward for commitment and service to industry

ATA honors Bill Ward for commitment and service to industry

The Alabama Trucking Association has honored Ward International Trucks President Bill Ward with its 2017 H. Chester Webb Award for outstanding service and commitment to Alabama’s trucking industry. The group announced the honor at its annual meeting held April 20-22 at the Hilton Sandestin Beach Golf and Spa Resort in Destin, Fla. 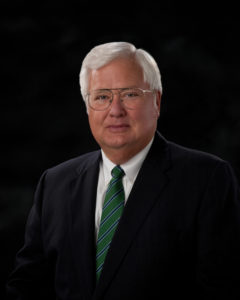 In 2010, the Association elected him Vice Chairman with responsibilities that included spearheading fundraising and planning efforts for the group’s 2010 convention. That began a seven-year term as an ATA Officer, including serving as Chairman of the Board in 2011. Since then, he has continued to serve as its Policy and Finance Committee Chairman, Chairman of the Nominating Committee, and as a member-at-large for the Policy and Finance Committee.

ATA President and CEO Frank Filgo says Ward is without question one of the Association’s most trusted leaders. “There is no one better qualified to receive this honor than Bill,” he said. “He is among our Association’s most dedicated and loyal members. He sees the big picture for our industry and is a vital advocate when we need things done, especially in the South Alabama, I-10 Corridor.”

Last year’s Webb winner, Tom McLeod of McLeod Software, introduced Ward at a special ceremony during ATA’s meeting, noting that Ward has dedicated his entire adult life to serving the trucking industry. “He supports this 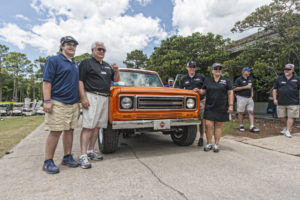 Association, his industry, and his community in so many ways,” McLeod said. “He’s a humble servant to an industry that supports each and every one of us in this room.”

Ward grew up in Meridian, Miss. and attended the University of Southern Mississippi, graduating in 1968 with a degree in personnel and industrial relations. Shortly after, he married his beloved wife – Penne, who succumbed to cancer in May 2016.

For a time, Ward served in the U.S. Army Reserve, and upon completion of his active duty, he went to work for International Harvester Co., now Navistar. During his tenure, he was moved and promoted 8 times. In 1985, he and Penne moved their family to Mobile, where he partnered with International Trucks for a dealership there, eventually acquiring sole ownership.

In more recent years, he’s grown the business to include operations in Pensacola, Florida, and then in Tallahassee. He also partnered with two dealerships in Mississippi which helped him better serve his customers there. His company now serves customers along the Gulf Coast from the Mississippi-Louisiana state line through Alabama’s Gulf Coast and Florida Panhandle, all the way to I-75. The organization has won numerous accolades, including the Dealer of the Year by the American Truck Division of the American Automobile Dealers Association in 2001. Last spring, the company celebrated 30 years in business.