Golf Classic Chairman Rendy Taylor said that this year’s event surpassed all previous Classics in terms of money raised and member participation.  “Our total revenue eclipsed $245,850, which will generate an estimated $200,000 for the Association’s future political endeavors,” he announced at the tournament’s shotgun start. “There were also 306 golfers signed up to play this year – that is amazing support. We are especially appreciative to Vertical Alliance Group for their role as the tournament’s Presidential Sponsor. Their commitment of $15,000 helped spur a trend for a record amount of sponsorship revenue – it definitely served as a catalyst for increased participation.” 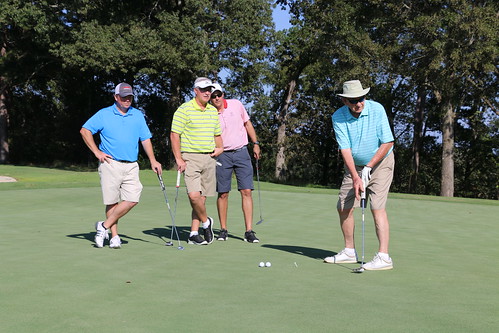 Broken down further, this year’s Classic had 53 – $2,000 sponsors; 47 – $1,000 sponsors; and 22 – $500 sponsors. “These funds are earmarked to support pro-truck candidates in state and local elections,” said ATA President Frank Filgo. “By supporting the Classic, these companies are helping our industry elect lawmakers and regulators who understand the vital role that trucking plays in our state’s economy. With the success of today’s event, our TRUK-PAC is on target to raise and spend $1 million dollars for the 2018 state elections. That’s huge for our industry.”