This week Alabama Trucking Association leaders were at the nation’s capital for Call on Washington, a legislative affairs program of the American Trucking Associations that affords state trucking association executives, leadership, business leaders, and staff an opportunity to discuss legislation and regulations affecting the industry with Members of Congress, key congressional staff, federal regulators, and fellow industry leaders. 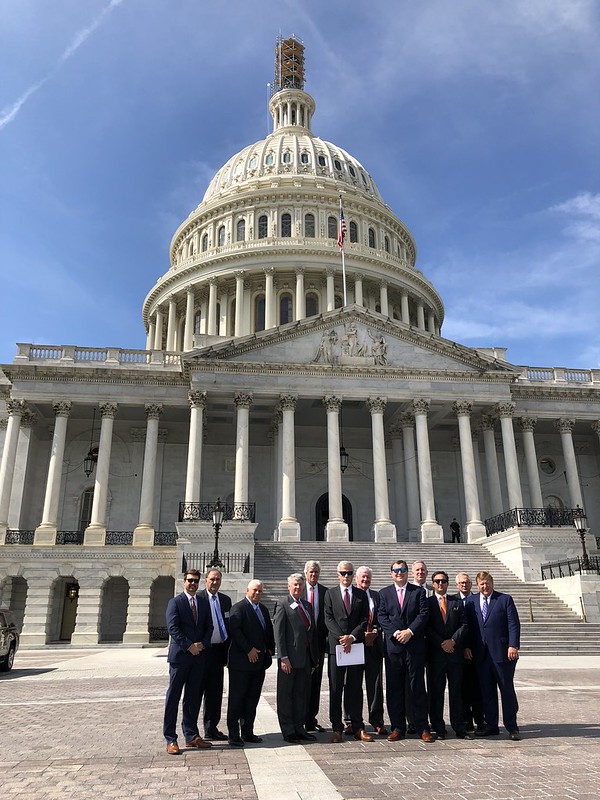 With the House of Representatives in recess until after the November 6 mid-term elections, most House members were back home for the break; however, the Senate was still in session working on major to-do list items, including funding for the federal government and, of course, confirming Judge Brett Kavanaugh to the Supreme Court.

Both men had an impressive grasp of issues facing trucking, and the group specifically highlighted transportation infrastructure funding, which the trucking industry has been on record for years in support of sustainable, long term funding for the federal-aid highway program through increased fuel taxes at both the state and federal level.

The group also promoted measures for workforce development, including H.R. 3889, which expands the FAST Act pilot program for interstate truck drivers to include drivers under 21 with previous military experience and civilian drivers under 21 who have a CDL and meet other minimum qualification standards.

ATA leaders further described the industry’s support for the creation of an apprenticeship program that would train 18-21-year-old CDL holders to drive trucks in interstate commerce. ATA supports efforts aimed at reducing states’ CDL skills-testing delays and creating career pathways in trucking for veterans and youth who are neither in school or work. Other topics covered included autonomous vehicles and platooning technology.

“Congress hears the voice of the trucking industry on Capitol Hill every day from National ATA’s talented team of lobbyists,” he said. “Congress needs to hear its constituents’ voice, as well. Hearing from the folks back home who are most impacted by policy these leaders create and vote on is a powerful means of growing support for legislation that truly matters.”