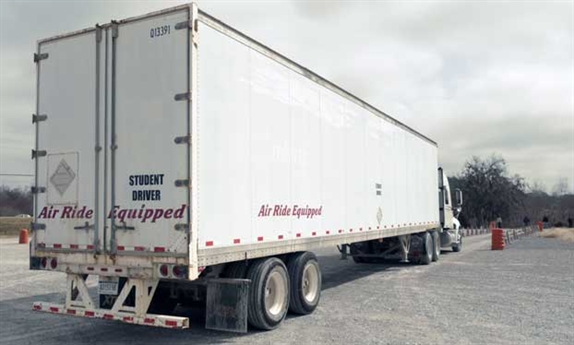 The Alabama Dept. of Public Safety announced that it has made changes to its commercial driver license test to better reflect recent updates to the applicant manual. These changes go into effect Nov. 1, 2014.

According to DPS’s Cpl. Brian Duke with the agency’s driver’s license division, changes to the test were made according to the current manual dated April 2012.

Duke said notable changes were made to the pre-trip vehicle inspection (Sec. 11 in the manual) where a driver must perform all three air brake checks correctly in order to receive credit. If a driver fails to do any one part correctly it is scored as an automatic failure for the inspection test. Additions were also made to basic the vehicle skills portion of the test (Section 12), including a straight line backing test (fig. 12.1 in the manual); offset back/right (fig. 12.2); and alley dock (fig. 12.5).

DPS warns that an applicant will be limited to the number of times they can exit the drivers’ seat to check vehicle position. For example, the maximum times an applicant may exit the seat are two (2) instances during the alley dock and off-set backing exercises; and only one (1) for the straight line backing exercise.